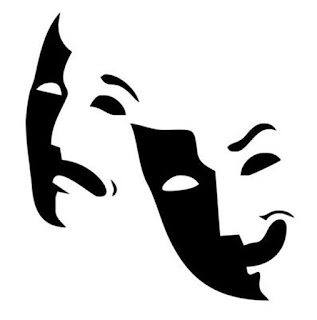 As relaxed theatre performances are now common place in the UK, it’s reassuring to know audience acceptance is also becoming common place. Or is it? Over 4 years ago we experienced something no one should go through, we were asked to leave a theatre performance only 10 minutes of starting due to a complaint from a sound engineer in which our 12 year old non verbal son’s laugh was found distracting. Of course, as any dad would do for his son, a campaign was launched with a number of requests. One was the first ever Industry Day where theatres across the UK met under one roof to discuss ways forward and another was opening the theatre in question’s door to a relaxed performance. A result of this was a discussion which took place to redefine the way we looked at theatre, focusing on ways minority groups, mainly with autism, could access theatre and keep everyone happy.

Our son’s 2 main conditions are profound autism and severe epilepsy. Hence the reason why an ‘autism friendly’ performance seemed more relevant at the time. Less than a year later, the first major autism friendly theatre performance took place in London and Edinburgh in the form of The Lion King. Amazing outcome considering a main player of a theatre organisation had said to me on my initial request for one, “Autism Friendly performance? It just won’t work as it would create an imbalanced audience.” So all’s good that ends well. Well, so you would think, but this model didn’t and still doesn’t fit well if we are ever going to achieve a long lasting solution.

Many theatres have adopted the ‘Relaxed performance’ model with adjustments made for those with autism which is great, as it opens their doors, rightly so, to a larger audience group not just affected by autism. Whether it be more sustainable and viable as let’s not forget, costs still have to be met or not wishing to alienate themselves to many other minority groups outside the world of autism. I’ve lost count the number of times I hear, ‘Oh here we go again, something else for autism’. I’m guilty as charged for standing my ground and defending autism. It affects our family, but have huge respect for others with less recognised conditions, but because it doesn’t affect the same in numbers, must fight even harder to achieve what they’d like to see happen.

Call it ‘autism friendly’ or ‘relaxed’, it makes no difference. It should be used carefully as a mere stepping stone in the right direction. Some may see it as a knee jerk reaction, others may see it as a fantastic training or learning experience put into practice. What it does well, is allow audience members, never having had the opportunity before, to experience a live theatre performance. The positive feedback has been one of overwhelming emotion in newly found territory.

So there we have it, we have something in place now which we never had before and it seems to be going well. Not quite. I mentioned a stepping stone in the right direction remember. Yes this is a great thing which should be embraced and yet the reason I still feel very uneasy is that we are treading on a fine line of acceptance. We are still missing the conclusion in what we want to achieve. Is it actually a fine line swaying towards segregation? Are we sending out a message saying specific minority audience groups are only welcome on specific performances on specific days of the year or can we justifiably change segregating to accommodating?

A recent relaxed performance I was coordinating, really did bring things into a new light. Feedback from a family who initially thought they couldn’t attend as they were unaffected by any disability or condition. They quoted, “It was just brilliant, hardly noticed any changes and would thoroughly recommend these kind of performances to anyone.” Of course, there were subtle changes to the performance and environment – it’s a fine art in keeping the impact of the performance and working with a central focal point, but I’ll save that chapter for another time. Part of the quote, “recommend these kind of performances to anyone”, are the keywords in finding solid ground and stepping off that fine line and even segregation.

‘Relaxed’, suggests ‘exclusive’ for those with disabilities or a condition. Theatre is for everyone and therefore should be ‘inclusive’.

Let’s not pretend – it’s going to take a long long time before society accepts everyone regardless of their disability or condition. We’re certainly on the right path and relaxed performances are here to stay for a while yet. But until we arrive at the day where society’s understanding and acceptance is common place, let’s go with ‘Inclusive performance’ so everyone can enjoy and one which I think sends out the right message, for now at least. – Glyn Morris

Take a look at our SurfABLE Scotland Project

By clicking the subscribe button you consent to be notified of News and Events as they are published.

Thank You. New events and news will be emailed to the address you provided.